Home › Thoughts and Perspectives › The circumstances in which we meet determine history.

The circumstances in which we meet determine history.

Thomas Hardy’s “The Man He Killed” greatness is in part its application to a variety of settings and times:

Had he and I but met
By some old ancient inn,
We should have sat us down to wet
Right many a nipperkin!

But ranged as infantry,
And staring face to face,
I shot at him as he at me,
And killed him in his place.

I shot him dead because —
Because he was my foe,
Just so: my foe of course he was;
That’s clear enough; although

He thought he’d ‘list, perhaps,
Off-hand like — just as I —
Was out of work — had sold his traps —
No other reason why.

Yes; quaint and curious war is!
You shoot a fellow down
You’d treat if met where any bar is,
Or help to half-a-crown.

Expanding this thought and more importantly: Sandra Bland has been on my mind a great deal. If she and the officer with which she had the initial encounter had met in a gun-free zone at a concert at a college, how very different would things possibly be? If they had met at Prairie View A&M University some weeks later about an event at the college, how different would things possibly be?

With some important exceptions, the only thing preventing consensual relationships and peace are culturally constructed and (generally) culturally sanctioned symbols of and uses of various forms of authority. Forms of authority where one party has absolutely authority and control and the other virtually none are dangerous. Notions of power, place in society, and geographic location matter a great deal.

We must learn to overcome the fear enabled and perpetuated by symbols of absolute authority, and we must learn to do the best we can to look at people for who they actually are: breathing, living beings with hopes and fears who don’t deserve to die or be placed in a cage for decades or longer and do deserve to be understood and helped. 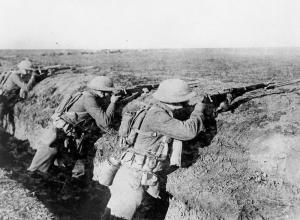