“A riot is the language of the unheard,” a Collection of Articles and Perspectives, and Baltimore, 2015 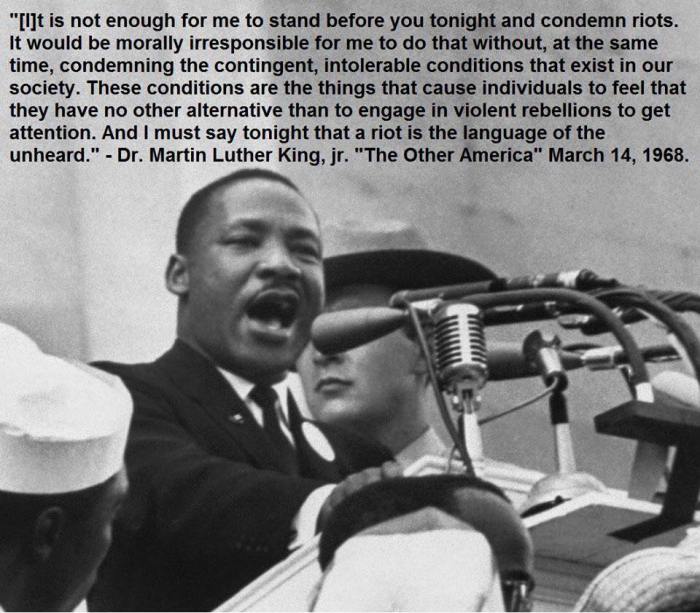