This semester I am thrilled to be teaching Texas History again. Yesterday in class we spent a little over half of the period really analyzing the question, “What is Texas History?”

I decided to do this as the second lesson (the first lesson is “What is History?” that reviews some basic terminology and course expectations – we also started off by drawing pictures of “the typical Texan.” EVERY ONE, the Men and Women, in the class drew–or started to draw–a Man with cowboy boots, a hat, and the all the related gear) of the semester this time so that students have some better idea of our approach throughout the semester and aren’t (overly) surprised. Last semester a few of the students were surprised at times when we talked about the World War I or the Holocaust in a Texas History class. In fact, the first question for this part of the lesson I asked students yesterday was, “Just thinking in general terms, would you say World War II is Texas History?” They uniformly said, “NO.” I waited a second and someone said something like, “Sure people in Texas were involved but it’s not really Texas History.” That’s where we started challenging and discussion default responses and default discourses related to the What-is-Texas-History questions.

We watched the trailer for Office Space.

I asked students, “Is this Texas History?” Again, they said, “No!” I said, well it was filmed in Texas. They still said no. I said, “Well do people experience traffic and working in offices in Texas?” Then we talked about how it is Texas History in a variety of ways.

We then watched the trailer for Secondhand Lions.

And guess what they said: Yes, that is Texas History…Because of the guns, the old-fashioned life style, the animals, and country setting. This movie was not filmed in Texas but the story was set in Texas (although this is not made clear in the narrative).

We also watched and discussed part of the music video of Whiskey Myers’s Ballad of a Southern Man. Whiskey Myers is a Texas-based, Texas-grown band.

Finally, we watched and discussed part of this music clip of the McAllen, Texas, Valley Symphony Orchestra’s Chorale Holiday Concert from 2011.

With the orchestra clip we talked about what it means that this music is enjoyed in Texas.

Through conversations related to all of this, we discussed that Texas History is World History in some ways. Anything/anyone/etc from Texas, in Texas, about Texas, or that had influence in Texas is fair game as “Texas History.” If we would have had time, I would have pointed to a location on the map just North or just South of the geopolitical Texas borders (the borderlands!) and said, “Does Texas History happen here?”

A good amount of what we discuss this semester will be outside of the boundaries most people think of when it comes to Texas History: boundaries that more often than not begin with Stephen F. Austin and end with the Mexican-American War or the Civil War. The “What is Texas History” lesson will be the beginning of an on-going semester-long conversation that will partly result in a paper on this topic. This is important for many reasons, one being that nothing happens in a vacuum, geopolitical borders are meaningless.

Of course, we also spend time discussing things that make Texas unique per se – such as that due to its geographic location it was used to “store slaves for save keeping” during the Civil War. Such discussions are also very important   because things do develop differently in different places due to different needs, demand, culture, etc.

In courses that I teach, I like to develop an over-arching goal that can be stated in a sentence. For the second US survey, the critical analysis of primary sources and everyday cultural artifacts with an eye on racism, sexism, and heterosexism is what I hope students remember most and use the most in their life. For Texas History, it is to have a strong awareness of historical memory and deeper recognition of the complexities related to “What is Texas History?”

As class was ending, I said, “Now don’t be surprised on Tuesday when we talk about Christopher Columbus and his connection to Texas History!” I also said, “What do you one of the quiz question might be?” One said something like, “What are the four criteria for whether something is Texas History or not?” That’s when the specific thought, in specific words came to me that memorization without meaning is counterproductive. I responded let’s take it broader than that. They guessed that one of the questions will be, “What is Texas History?” (And that’s pretty close!)

We also spent time talking about “What does it mean to be a Texan?” and did a brief historiographical exercise.

If you can’t tell, Thursday was a really fun class! 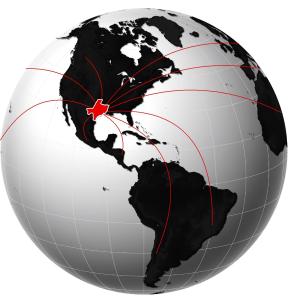