Recently in the Texas History class I am teaching a student shared an example of how two friends would quasi reenact an enslaved, enslaver situation at the place where they work. The White person would tell the Black person “get to work” and so on.

This student followed up in an email asking my thoughts: “How do you feel about that though, specifically, making a joke out of slavery? Do you think it’s offensive, ignores the plight of the enslaved, or perhaps something I/we haven’t considered? Or is it okay, diminishing the detrimental effects on the psyche of the African Americans by satirizing it?”

I asked if I could have time to think about it and “reply” here. This student said yes, so here goes. 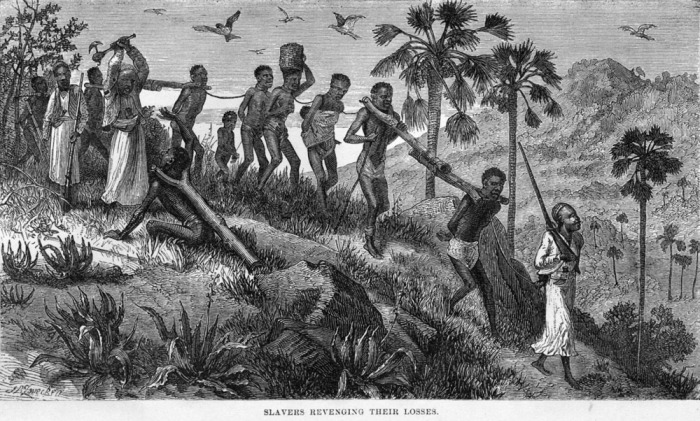 To start, I think a good example of shedding light on people who make light of the institution of enslavement can be found in the YouTube series Ask a Slave. There are two “seasons.” Most of the episodes are very good and use humor to shed light appropriately, in my opinion, and they also provide valuable (and accurate!) insights into the dynamics of enslavement.

As far as two friends joking about enslavement, it would really depend on the two friends, how well they knew each other, their level of historical literacy, and their individual experiences and perspectives on the world. It really just depends.

But, given the very deep-rooted nature of enslavement in the United States and institutionalized racism, almost regardless of how close two such people are, if one is racialized as Black and is always the enslaved and one racialized as White and always the enslaver, there would almost unavoidably be some layer of real and hurtful power dynamics going on.

I know some people say that White people are more sensitive to enslavement and past discriminations that Black people are. Again, these are both very large and dangerous generalizations. HOWEVER, again, given the nature of racialization and the codification of these mores both socially and legally, it is likely that people racialized as Black have no choice but to not take discrimination or jokes about enslavement very seriously per se. They have to be okay with it per se.

Imagine being a social or political minority in terms of how you are racialized, genderized, sexualized, etc. and you are very accustomed to the parallel microaggressions, you learn to “deal with it” and “ignore it” in most cases. For example, I know many cisgendered, heterosexual men who are more pro-LGBT rights than non-heterosexual (or queer) men. Being too close to a social need or problem makes it mandatory to be more non-responsive at times, for some people, the way society treats people outside of the White cis-Male Protestant Heterosexual paradigm.

Additionally, on the note of making light of enslavement or using the word “slave” in various ways: I know sometimes people will make comments along the line of “that professor (or boss) is a real slave driver” or “being in graduate school is voluntarily enslaving yourself.” I think these parallels are very dangerous and should be done cautiously, if at all. One way to understand or contextualize this perspective is to look at notions of Semiotics. Semiotics studies the relationship between symbols and the words these form and the things the symbols and words represent/refer to. (Semiotics is a very interesting field!) So, if we casually and regularly use the word “slave” in ways other than to refer to those children, Men, and Women who were all Black who actually were enslaved in the United States (and elsewhere) we alter our largely unconscious knowledge / relationship to the word “slave.” Consequently, when thinking about people who really were enslaved, our historical memories and notions of such history are misguided and do not allow to fully internalize the full horrors associated with the institution of enslavement. In other words, if we use the word “slave” to refer to a really hard class, we change the subtle and unconscious definition of “slave” and lessen the seriousness of actual enslavement.

This chart below does a beautiful job of describing when the word “Nazi” can be used without offense.

I think a parallel chart would also illustrate when the word “slave” can appropriately be used. For example, during the era of neoenslavment (aka convict leasing), lynching, etc, “worse than slavery” is appropriate. “Slave” is not appropriate, as the proslavery argument suggested, for people who just work long hours for little compensation.

The institution of enslavement was based on racialization and had theological, economic, cultural, social, political, etc, etc implications. People who are enslaved face punishment and death for rebelling, leaving, for anything or nothing at all. Families can be separated. Enslaved peoples, as the institution developed in the United States (and elsewhere from the 1400s to the 1800s), have no legal voice or existence.

Consequently, there are few real parallels–the Holocaust being one of them. What Michelle Alexander has termed “The New Jim Crow” could also be a parallel. “The New Jim Crow” describes a systemic and institutionalized practice of targeting and imprisoning Black Men.

So in sum, making light of enslavement does not do any one any good per se but does do much harm. At the very least, this undermines the real experiences of real people, and at the worst, it serves to perpetuate racism and condone microaggressions.

Does this answer the question? What other thoughts do we have?