13 Tenets to Seeing and Understanding the World as a Scholar

In no particular order, these tenets are:

Humans are still just babies on the evolutionary scale of this universe. Humans have an urge to assert their (self-awarded) superiority and to create and then protect their corresponding privileges. Indeed systems of white privilege, male privilege, cis-gender privilege, heterosexual privilege, able-bodied privilege, class privilege, and Christian privilege overshadow our everyday life in the United States. Of these, the ways in which the (white) power structures have racialized individuals have made the biggest differences.

“If you’re an Americanist historian, you better also consider yourself a historian of race. There’s nothing in this country’s history that doesn’t lead back to racism. To paraphrase a now-famous metaphor, racism is the sugar in the American cake. Sure, the cake has other ingredients, but once the thing is mixed and baked, you’re never going to be able to take a bite that is sugar-free. Nods to racism (or any sort of oppression) don’t count. We need a profession-wide, systemic understanding of what racism is, where it comes from, and how it morphs and changes to stay alive. That’s the only way we’re going to learn to win the fight against it.”

2. Everyone has agency, but.

For too long, history was very much his-story and his-story was almost exclusively limited to powerful men who left written records. No one else was thought to have a role in how the world changed. History and society are best studied, taught, and enjoyed when scholars recognize that everyone has agency. We must also recognize the ways in which we are derived from both our society and our biology.

Chaos theory (the “butterfly effect”), at least as a metaphor, has relevance. Scientists would have to speak to whether or not one butterfly flapping its wings could really cause a storm elsewhere, but nonetheless, there are still practical applications for this theory. From a liberal arts perspective, chaos theory helps pointedly recognize that people do not live in a vacuum. For instance, we act on the environment; it acts on us, as well. Actions have consequences. On a broader scale, since everything is connected and everything has a history (and history is defined as everything before this very second), by extension, then, the historian’s possible domain is and should be everything.

5. Laws are responses, and there is always a gap between laws and realities.

People in charge create laws and other written rules in response to some social pressure or fear. Consider laws the US has had regarding prohibition. When there is a law on a subject, we need to look for the reasons. In other cases, the creation of rules indicate change is in the air. For example, while the University of Houston only admitted non-blacks from 1927-1962, it only officially practiced segregation from 1960-1962. Prior to 1960, it was so assumed that blacks were not allowed that it did not need to be stated. Even the admission guidelines said everyone was welcome to attend. On the other hand, there is also always a gap between the law and reality. Simply consider all of the on-going lack of civil rights for minorities.

Comparative history is important and does have its place. We need to consider why differences exist by time and place. Comparative history proper, while having the appearance of being scientific and universal, by its very design tends to require a) inadvertently adding legitimacy to geopolitical boundaries; b) prejudicially judging variables to be “better,” “worse,” “separate,” “bigger,” etc. (because they are loaded with political and cultural motivations and ramifications—even if unconsciously—and the two sides be they separated by time, place, or other subjective variables likely hold very different values); c) subjectively making baseless generalizations. Comparative history when rigidly done obscures relationships and builds artificial barriers between variables. The study of relationships per se (vs. comparative history) recognizes the constant movement of ideas, people, goods, etc. – everything in the world is connected. (Ideas for this point were inspired by Seigel’s “Beyond Compare: Comparative Method after the Transnational Turn” and conversations with a friend.)

Notions suggesting everything is relative, of course, require caution. This should not be taken to extremes, and it is not intended to suggest that “anything goes” or “nothing matters.” Everything is relative because each person sees or hears the same thing and interprets it very differently. A document about experiences on Ellis Island has very different meanings for different readers both as individuals and in categories, for example. We must seek as many voices and perspectives as possible, and we must truly work to understand, respect, and embrace these variations. And everything is relative because values, hopes, and fears vary very greatly across time and place and to each person. Take the following example (I saw it somewhere and can’t remember where): You are on a boat with your mom and significant other, the boat has a hole in it and begins to sink, in a matter of seconds you are all in the water without life jackets, and only you know how to swim: Who do you save first – both are equally distant from you? Cultural values indicate that Westerners would generally save their significant other, while Easterners would save their mother. Morality in this way is relative. In another example, “stealing” was acceptable for people enslaved in the South. “Stealing” is even okay today if you are a rich white politician or CEO. 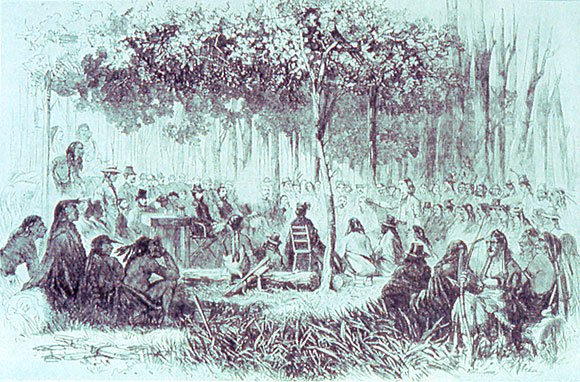 8. Everything is a social construction.

We must not take anything as a given. The computer screen you are looking at is only a computer screen because someone defined it as such and it caught on. On a deeper level, our pattern of families, system of schools, anything, you name it, could easily be different. On another note, science is far too often exempted from being a social construction. People say science is not a social construction because it is based on experiments! If for no other reason than its discoveries are based on knowledge and resources available today, science is a social construction. (And of course there are many more reasons.) How often has hard-core, “we are absolutely right this time,” science been overturned within the past week alone?

We regularly hear broad, proud declarations that say, “There has been more change in the past ‘x’ number of years than ever before.” Some say 25 years, some 50, a few 100. Nonetheless, this position is not a historically accurate position for two reasons. First, it ignores the reality of on-going change across time and place. Change is always “massive,” if you are in the middle of it and if said change is forcing you to life in new ways. Just looking at United States history, there is plenty of documentation to suggest the profound change people experienced upon first arriving to the “New World,” when creating a new nation, or when adjusting to life after various stages of industrialism. Change is constant. Second, the declaration above places recent change in a superior position to other transformations in different times, and it does not provide past people a voice in judgments of said change. Indeed to suggest progress has been made is to exercise cultural imperialism to some extent.

10. There is a gap between reality and perception.

One need consider nothing more than today’s popularity of Fox News to see the discrepancy between reality and perception. Of course, there are many “realities.” Realities (or “facts”) and opinions should always be backed by evidence, including experience. Additionally, the study of historical memory is important because of how vastly different the public understands and “knows” history and how the scholar, according to the truth as currently best supported by evidence, “knows” history. In Texas, for example, most people swear that the Alamo and the Texas Revolution were about freedom and liberty. Because of the anti-intellectualism and careful efforts to omit and rewrite history, the vast majority of people in Texas have virtually no clue that the desire to prevent freedom and liberty for enslaved individuals was the key variable.

11. Studying society is to deal with the realms of illogic.

So much of what we study about history just doesn’t make sense. Ideas people have held are ridiculously crazy – by today’s standards. For instance, students in particular do not understand why women or Native Americans were classified as non-humans and how scholars and religious intellectuals were leaders in such positions and “truths.”

We must actively and aggressively examine what we see around us. We must always look for deeper and hidden meanings, and we must bring attention to problems. We can and should, for example, both enjoy movies and deconstruct and critique every aspect.

13. We have been desensitized.

When teaching, I regularly cover more “tragic” and “sensitive” topics because students’ previous schooling, the media, and many museums censor these. A few students are noticeably disturbed, and I always allow time before covering such topics to discuss why history tends to be a delicate. But, presumably, due to the violent nature of our society, I am more often surprised at how undisturbed classes tend to be. Moreover, while I do not play video games and do not watch violent movies or anything of that nature, I find that I have been unwillingly desensitized because I have studied so many tragic events. Occasionally when discovering something new, I am so accustomed to learning about additional wrong-doings that sometimes it doesn’t phase me at all.