Especially when Republicans of 2018 are advocating genocide. 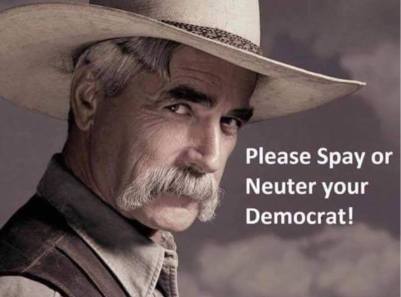 Since Barack Obama’s election to Office of the President of the United States in November 2008, Tea-Party-ideologies have emerged and taken increasingly tight control of the Republican Party and its affiliates. Republicans were so disturbed that their fellow citizens elected a Black man to be “Mr. President” that they increasingly and explicitly advocated for the increased oppression of all minorities. This was proto-Trumpism.

Now, we live in an era where lying is acceptable and even encouraged–if you are a powerful, wealthy, White, heterosexual, Christian, cis-man, and Republican. This intersectionality is the ultimate “get out of jail card” and “do anything you want card.”

Earlier today, I blocked a Facebook Friend for sharing the meme posted above. They commented, “Lmao…thanks [redacted name of person who shared the meme with them].”

Advocating eugenics–in any form, in any way–is no laughing matter, especially in 2018, especially because the people being daily threatened by Republicans are far more likely to be POC, queer, disabled, immigrant, women, and/or poor. In other words, people who have been victims of such inhumane efforts in the United States.

People in these groups have nothing to gain from any affilation with Republicans in 2018. The evidence is right in front of you.

What have you done today to counter overt or cover White Supremacy?