Hours (not to be confused with the excellent 2002 film The Hours) takes place in a hospital as Hurricane Katrina is striking New Orleans. Hurricane Katrina remains one of the worst natural disasters in United States History. The story told by this film in and of itself is not as problematic as its larger implications.

Hours is primarily the story of a father struggling to take care of his newborn baby–who was born five weeks early and whose mother died during delivery–while accidentally being abandoned in the hospital.

This film, then, focuses on the experience of one White individual. A heterosexual, able-bodied, man at that. This film is not based on a true story, but even if it was, the criticisms that follow would remain.

Hurricane Katrina–from a historical, political, and perhaps even, moral perspective–had dire consequences for the Black population in New Orleans. Thousands of people were stuck in New Orleans with no way out of the city. With resulting levee damage and inaction, the suffering only increased.

These people had no way out of New Orleans and many media outlets painted those abandoned as lawbreakers and almost all (if not all) exploited their suffering. Nothing is more frustrating than seeing news report about suffering when reporters do nothing for those a few feet away. Humans have a strange desire to see suffering. Such gaze pulls at our emotions in a variety of different ways. 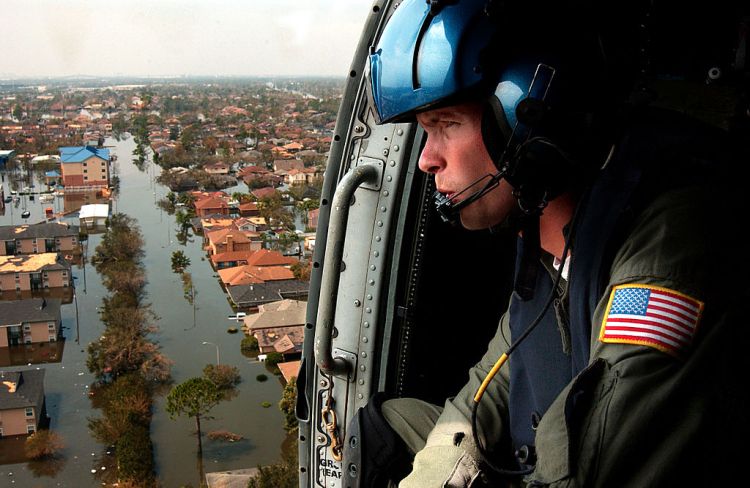 Hours does nothing to show how this storm affected real people, mainly Black United Statesians, en masse, except for a few seconds of archival footage from the Today Show. The only inclusion of minorities is limited to two brief scenes where Black and Hispanic minorities are looting and willing to murder and two Black medical professionals with very small roles.

By deleting the actual Black experience of the vasty majority of those suffering in New Orleans and replacing it with a narrative of a father constantly running around a deserted hospital, this film forgets and does double damage. People forgot about those in New Orleans throughout the Hurricane Katrina experience and as indicated in this film, people continue forgetting, willingly so.

This film ultimately becomes one more example of a White character/White experience replacing and deleting the actual experience and suffering of people en masse. While all stories are valuable, we need stories that speak to actual experiences. Unlike real life for those living in New Orleans before Hurricane Katrina who continued (and continue) to face suffering, displacement, and delay from governments,  Hours essentially ends happily ever after without a word about other, larger and more meaningful experiences, per se.

From another perspective, similar to World War Z, this film essentially focuses on one White male who saves the world. The film suggests that anyone and everyone could have done and should have done what he did.

By making history “safe” and “White,” we delete historical moments that could help the nation better deal with recent events in Paris and resulting hopes and fears.

By making history “safe” and “White,” we continue to repeat history.