Profound reciprocal relationships exist between the past and future – relationships that guide and change “what happened.” The present is so infinitesimally small it serves no use other than for some advanced levels of mathematics and physics.

Two thoughts are on my mind in particular this evening. I will share those briefly for now.

1) While scholars of enslavement, racism/colorism, and historical memory, for instance, are especially concerned with documented long-term legacies, much of the general public, especially those more to the Right on the United States political spectrum wholeheartedly deny that enslavement has real tangible and intangible psychological, political, and social legacies. Examples such as this illustrate the close nature of the past and future.

This relationship is even more complex (and problematic), and the racialized and politicized agendas even more uncovered, when we consider other examples. “Remember the Alamo” is very popular in Texas and throughout the United States. People say the feelings–the excitement of bravery and creating a new nation–are still part of life today. There is no denying that historical memories associated with “Remember the Alamo” are still very real and important today. Given this, why are there debates about the on-going importance of enslavement? It is dishonest to say “Remember the Alamo,” “Forget Slavery.”

Even older history associated with texts that constitute the Bible or the Quran clearly has much meaning and for sure has consequences for billions of people. George Washington, the Declaration of Independence, the Constitution, the Bill of Rights are all very much part of everyday life. No one says of these or similar things that it was 150 years ago and have no more significance! No one says, it was in the past, get over it.

2) I regularly disagree with other historians on somewhat major issues. Case-in-point being my article about History Repeating Itself, which has received over 6K hits. I also disagree, therefore, that historians should avoid “predicting the future.” Of course, none of us know exactly what is going to happen in 5 years, 50 years, or 500 years, but sound historical knowledge gives us much to go by. I also suggest that historians have an moral, ethical obligation to predict the future. Weathermen and Weatherwomen predict the weather to save lives; historians should and can/could predict the future to save lives, to help leaders make sound decisions, and to help society at larger understand what is happening (or likely to happen) and why. Our accuracy rate would probably be higher! And the likely scenarios, broadly speaking, are fairly limited when looking ahead just a couple of decades. Regardless, thinking about the future is an important thought exercise.

History, the past and future, is also important for helping people and nations realize both their “significance” and “insignificance.”

See also: Important Conversations: What Does it Mean to Come to Terms With the History of Slavery? 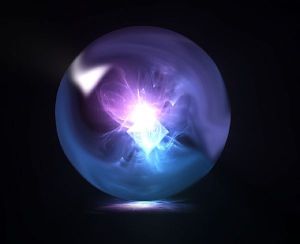