This particular blog has been on my “to write” list for months.

Historians frequently get labeled as “history buffs.” It happens to me at least several times a month. But, any Academic Historian or any individual who takes the study of the past seriously, will wholeheartedly reject being called a “history buff.” Being a historian is serious business.

A “history buff” is an expert on dates, names, facts and everything in between. He/she has the kind of knowledge that can result in buckets of cash on reality television shows such as Jeopardy!

wikiHow’s “How to Be a History Buff“ suggests the following 9 steps to being a true student of the past:

Historybuff.com has references pages such as this one about Texas that provide a list of governors, population numbers, and other factoids (all of which are also on Wikipedia).

Historians, professionally-trained and otherwise, go about the process of learning about the past in a more detailed and more complicated way. While “facts” account for the groundwork, historians care much more about ideas, concepts, change over time, and diverse opinions, interpretations, and complications. People transform from a “history buff” to a “historian” when they take the “data” and make something of it, whether through teaching, writing, and/or further researching. Becoming a historian is a much more complicated process than nine googleable steps. Becoming a historian requires time and devotion. And there many, many books devoted to the subject of becoming a historian.

For me personally, I do not really try to “memorize” various statistics I give while teaching, for instance. They aren’t that important. I tell students that there is no need to memorize all such information but that it is important to hear and write down to have a better grasp of the ideas.

In summary, historians care about ideas or theories and how these are used, not the “raw” data of constructing History because even the “raw” data is not really raw at all.

Please check out other articles in the Hidden Power of Words Series!

@pegodaaj Also, a "History buff" is driven by an ENJOYMENT of history. Historians often delve into the unenjoyable bits. 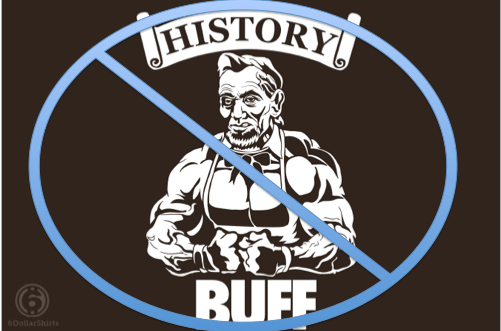