United Statesians–across time and place and without regard to political spectrums–have a very unusual relationship with those 50-100 million individuals who have been subjectively homogenized and called Native American, Indians, and/or Indigenous Peoples and who were living on the lands currently called North America and South America. 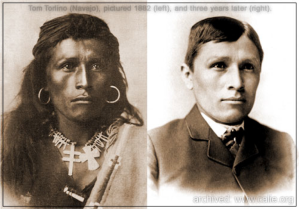 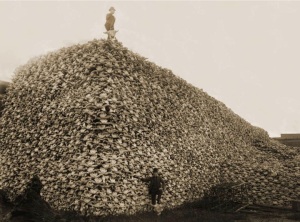 As the march of “civilization” spread West, those with both good and bad intentions contributed to physical and cultural annihilation of these peoples. We never hear about or read about the people who lived and worked here before the beginning of European colonization….unless, it is to make a political statement seeming for and from these individuals or to have the appearance of learning about the past.

Take a look at the following: 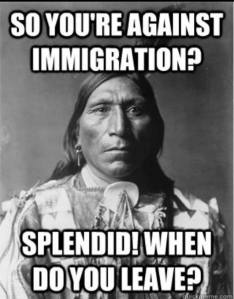 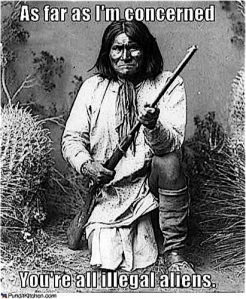 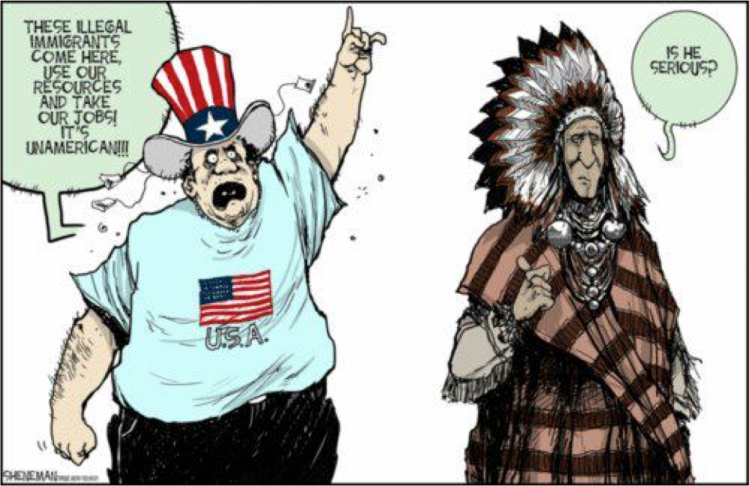 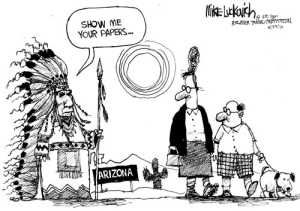 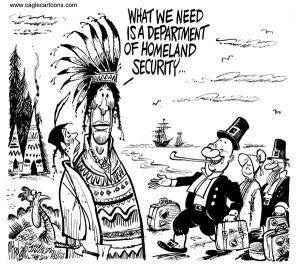 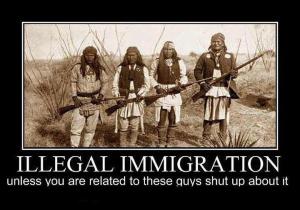 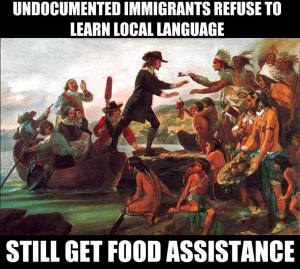 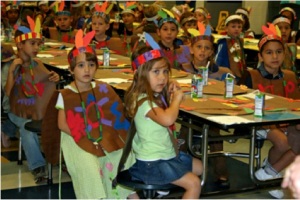 If these indigenous peoples actually made such statements and seemingly had the desire or power to enforce these statements, you know as well as I know that the United States would squash it before it even started and the annihilation of these people would only continue – lessons from the past tell us this, as well.

So when you see or share such an image, remember that this political rhetoric and iconography takes one of the weakest groups and has the appearance of giving them a voice but a completely inauthentic, unwelcome voice should it actually be from Native Americans. Additionally, many of these images have Native Americans dressed in stereotypical clothing that in no way actually reflects what most wore daily.