Unless we outright ignore evidence, we recognize that temperatures are increasing, weather is changing, and that while part of this is beyond human control, a huge–very huge–part of it is caused by our excessive use of carbon dioxide, methane, nitrous oxide, oil, gasoline, and many, many other chemicals.

All of this is damaging the environment in ways that cannot be fixed.

Skeptics deny global warming for a variety of reasons. They say it’s just a scam by the government to control people, a lie based on bad scientific studies, or “it’s 60 in May in Houston, Texas, this isn’t global warming!” The current Republican Party and gas/oil companies are among the most vocal saying that the Earth is for Homo sapiens (ignoring other forms of life) to exploit. Actions by these groups are so extensive that solar energy is illegal or almost illegal in places.

Indeed the weather is very unusual. The Houston-area experienced a very cold winter, including several days when roads were too icy to drive on. There were days in the past few weeks with temperatures in the 60s. It’ll be very hot one day, very cold the next. The same weird and new patterns of weather are happening around the nation and world.

Although I fully recognize the realities of global warming, even I find myself occasionally thinking, “global warming, really?,” for just a split second on that day in April when I’m bundled up because of the cold-to-chilly weather

So while I know “global warming” and “climate change” each have somewhat specific meanings among natural scientists, for a person with little Scientific training (especially compared to my training in the Liberal Arts), I strongly suspect that if we switched to using “climate change” en masse that people might be more open-minded about how they are actively destroying Earth, why it matters, and what we can (maybe) do about it.

Yes, the world is getting warmer, global warming is real, but climate change is a more accurate description of how global warming alters the weather on local scales where people actually see and breath. And if we suddenly enter an ice age or something, what will it have hurt to have developed a better relationship with our only home and other life. Remember, the circle of life?

So, dear readers, what are your thoughts?

(Updated 6/8, 11:00 PM, It’s come to my attention that there are actually some studies that say the public responds better to “global warming.” Click here to get started. This is surprising to me since so many are extremely opposed to global warming.) 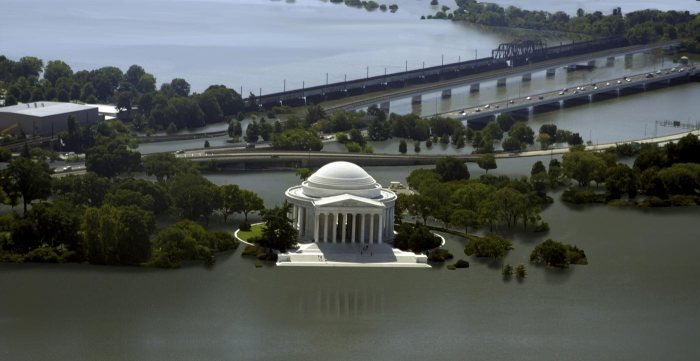 See the full Hidden Power of Words Series postings, too!