Beginning with the era of the Civil Rights Revolution in the 1950s and 1960s, the Modern Republican Party founded itself in part in opposition to this increase in the nation’s diversity and civil rights, and also in part as an Extremist/Fundamentalist Party committed to an odd version of White U.S. Christianity.

This process has continued to happen with new intensity in the past half-decade during which time the nation has seen more demographic diversity, more minority groups have their human and civil rights codified, and the successes of the nation’s first Black president. Additionally, there is especially sharp contemporary controversial surrounding evolution.

Film mirrors the society in which it is made—not necessarily all of it but important and vocal voices. People watch movies to have their beliefs reinforced, to see, hear, and feel their hopes and fears manifested in “larger than life” ways. One indication of this is the unusual number of films currently being screened that directly speak to the current “crisis” in US Christianity. This “crisis” from the Church’s point-of-view includes decreasing church attendance because most people have to work on Sundays and a growing number of people do not subscribe to the ideologies of a religion; the growing frustration with the inability of the Church to allow and encourage critical thinking (a recent Republican Party platform specifically lists critical thinking as an evil); and the resistance of the Church (parts of it anyway) to embrace equality for all people.

The theater near where I live is showing three such films at this time. The historical dramas, not surprisingly, feature White cast members when such is completely ahistorical for the times portrayed. Additionally, based on the trailer, the film God’s Not Dead paints the Academy and professors in a sharply negative light. Of course, like within and without colleges and universities, there are people of all religious belief systems or no religious belief system, but this film focuses on a professor who is not simply an atheist but a militant, mean, and cruel person – this representation will only serve to dehumanize and demonize non-Christians regardless of other factors. Colleges have all sorts of systems to protect students should something like this actually happen. God’s Not Dead, again based on the trailer, is also another narrative focusing on White people. Regarding these films, we must also remember, that film serves to use one or two characters in specific situations to represent all such characters/people and situations. The film Noah, likewise, is no accident – speaking directly to the current “debates” around evolution that wish to ignore evidence.

Check out the trailers below (Email subscribers will need to visit the webpage, I think, to see the trailers.)

In the next few weeks, another film is coming out.

Heaven Is For Real

Additionally, the always-controversial Kirk Cameron has recently had three such films that focus on Biblical stories and mores.

Responses to these different films will be interesting for sure. What influence (if any) will these films have on viewers? 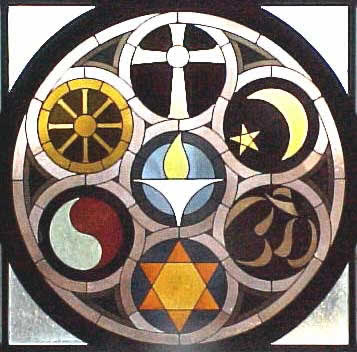